Skip to content
Why There Are Words Los Angeles is pleased to present an evening on April 20, 2017, beginning at 7 pm to get you ready for the one and only Los Angeles Times Festival of Books. Hosted and emceed by acclaimed author Patrick O’Neil, the event will be both intimate and expansive, in all the best senses of the words. You’re not going to want to miss this, a night that can never be repeated. The readers for this event are as follows. 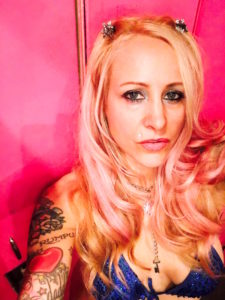 Antonia Crane is a performer, a two-time Moth Story Slam Winner, and writing instructor at UCLA in Los Angeles. She has written for The New York Times, The Believer, The Toast, Playboy, Cosmopolitan, Salon.com, The Rumpus, Electric Literature, DAME, The Los Angeles Review, Quartz: The Atlantic Media, Medium.com, Buzzfeed, and dozens of other places. Her fiction and nonfiction prose has appeared alongside writers like Roxane Gay and Stephen Graham Jones (The New Black, edited by Richard Thomas). Her screenplay “The Lusty” (co-written by Transparent director, writer Silas Howard), based on the true story of the exotic dancer’s labor union, is a recipient of the San Francisco Film Society/Kenneth Rainin Foundation Grant in screenwriting, 2015. She has appeared on CNN’s This is Life with Lisa Ling and has been interviewed on WTF with Marc Maron and Michael Smerconish, where he compared dancers to Uber drivers. When she’s not writing, running up dirt trails, or giving lap dances to retired golfers in Palm Springs, she can be found talking about sex and dating on various podcasts like Reality Bytes with Courtney Kocak. She is at work on a feature film. 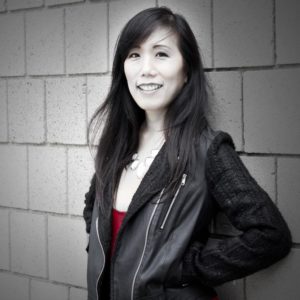 Siel Ju is the author of the novel-in-stories, Cake Time, winner of the 2015 Red Hen Press Fiction Manuscript Award. She is also the author of two poetry chapbooks. Her stories and poems appear in ZYZZYVA, The Missouri Review (Poem of the Week), The Los Angeles Review, Denver Quarterly, and other places. She gives away a book every month at her website (click on her name). 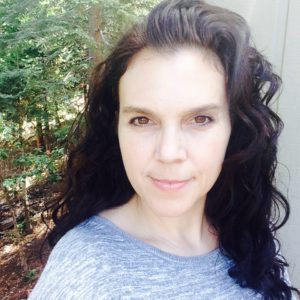 Paula Priamos’ writing has appeared in The Los Angeles Times Magazine, The New York Times Magazine, ZYZZYVA, Crimewave Magazine in the UK, The Washington Post Magazine, and The San Francisco Chronicle, among others. She is the author of the memoir The Shyster’s Daughter and teaches English and creative writing at CSU San Bernardino.

Peg Alford Pursell is the author of Show Her a Flower, A Bird, A Shadow, a collection of hybrid prose and micro-fictions. Her stories and poems have appeared in Permafrost, the Los Angeles Review, Forklift Ohio, Joyland Magazine, 100 Word Story, and many other journals and anthologies. She is the founder and director of the national reading series Why There Are Words and founder and director of WTAW Press. 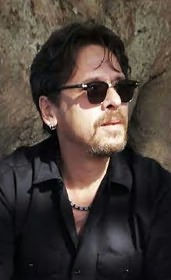 Rob Roberge’s most recent book, the memoir Liar (Crown, 2016) was named a Spring 2016 Barnes and Noble “Discover Great New Writers” pick. It was singled out in The New Yorker: “…both the smallest and the biggest pieces of his memoir fascinate,” and was chosen as one of the best non-fiction books of 2016 by both Powell’s Bookstore and Entropy Magazine. He is the author of four books of fiction, most recently the novel The Cost of Living (OV Books, 2013), about which Cheryl Strayed wrote is “both drop dead gorgeous and mind-bendingly smart.” He is core faculty at UC Riverside’s Palm Desert MFA in Writing Program, his short fiction and essays have been widely published and anthologized, and several of his plays have been produced in Los Angeles. As a musician, he has released two solo albums, and has played with the LA-based roots rock bands The Violet Rays and The Danbury Shakes, and he plays guitar and sings with LA’s art-punk band The Urinals.

This night will be one for the ages. If you know you’re coming please RSVP on the Facebook event as there will be limited access. The address is DTLA at 1614 Wilshire Blvd. Los Angeles, CA 90017. BYOB!