On May 12, 2016, Sherrie Flick will read at Why There Are Words. Here she discusses Whiskey, Etc., her recently released collection of compressed stories. Through her use of precision, she takes us directly to each character’s moment of crisis and longing. While brief, these pieces are not at all trifles.

Linda Michel-Cassidy: Your collection, Whiskey, Etc. is comprised of short-short stories and flash, a form about which I am fascinated. The stories are almost all impact, yet are fully realized. I’m interested in how you go about writing these brief forms. What things do you find have no place in such short stories? Conversely, what types of stories lend themselves to shorter forms?

Sherrie Flick: Every time I list something that I don’t think has a place in flash fiction, I find a piece of brilliantly written flash that proves me wrong. I swear. So I’m hesitant to make declarations in that direction. I do think ideas with a tight focus—something more like a still life than a landscape—make for good flash stories. The compression is built into these kinds of stories. A writer can go deep into the interior lives of the characters while still vividly portraying a focused setting.

LMC: Do the stories originate in longer forms, and then as part of the editing process, you trim away at them?

SF: No, not for me. I tend to write short and then, if anything, expand in tiny fits and starts to better build the craft, and then cut back again. It’s all pretty micro, though. I’d say I rarely add more than a page total from the drafted length—although I probably end up changing every single word and piece of punctuation at least once. When I was younger in my career, I did try to write long and cut back, but those stories never seemed to be authentic in their final form.

When I’m drafting I tend to write stories of about 700-1,000 words. It’s my natural storytelling arc. I have to push myself to write longer stories. They don’t come as easily for me.

LMC: It’s one thing when short-short stories are by themselves, but when they are in a collection, whether you or not you want them to, they can begin to impact one another. Did you begin to see your stories differently as you gathered them together for this collection?

SF: Definitely. It took me a long time to find the final order for Whiskey, Etc. (And thus, the book’s title, come to think of it.) When I came up with the idea of separating the stories via section titles, they started “speaking” to one another in interesting ways within and across the sections. By choosing where to place the stories, I did see mini-narratives rising up within the book, which was fun.

I had to write some extra stories to fill in some sections, so that was another interesting way of pulling the collection together—writing toward specific objects, like canoes or soap.

I also had to double check all the character names and change any that repeated. That took longer than you would think, and I also learned that I have an obsession with the character name Sarah. Way too many Sarahs … but it’s all better now. 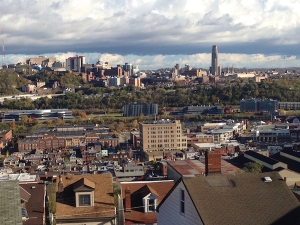 LMC: Your openings are just killer:

“I seduced the paperboy yesterday.”

“Susan put the dog in the microwave for 22 seconds.”

“A belligerent Gracie wakes Josh before dawn, shoving her face into his, huffing ready to chomp his nose.”

Do you find that with stories of this length (the bulk of them from a paragraph to five pages), that the first sentence bears an extra burden?

SF: Thank you. I’m pretty obsessed with sentence-level writing so I would like to think anything I write comes out of the gate with a bang. But I do feel like flash needs to start actively. You don’t have time, as a writer, to build up to something. You’re in it from the start and swimming for shore.

LMC: So, the animals. A lot of these stories feature pets not having an easy time of it. It’s not uncommon to use animals as sympathetic space-holders, sort of like a baby with fur, just to show that the characters can take care of something. I suspect you’re up to something else. Talk a bit about your use of animals (domestic and otherwise) in your stories.

SF: Oh, man. The animals. I know. That is definitely something that arose from creating the section titles: the unexpected impact of the animals. I knew I had a lot of pet stories—or stories that at least showcased a pet/animal in some way. Then, as my husband read over a draft of the manuscript, he pointed out that I had a lot of dead animal stories—or dying animal or almost dying animal stories.

And then there was my brief, but intense, obsession with possums…

At any rate, animals, our pets, bear an unusual burden of carrying our emotional baggage. I guess I think about that a lot. They absorb our anxieties like sponges. I guess I like using them in my writing to exhibit and complement the tension between my characters or within an isolated character, if that’s the case.

I do have a very real, extremely wonderful, co-dependent relationship with my Yorkie, Bubby. Before that, I had several extremely dysfunctional cat relationships. So, yes. Ha. The animals. I’m not totally sure what’s going on there.

LMC: Your story “Unlocking” really delivers a dagger. At fifteen pages (long for this collection), with just three main characters (Sarah, Walt, and Big Walt), the bulk of the story is a booze-filled slog around town. I get the sense that these characters are too large to live within a flash framework. (“Big Walt walked forward like the mayor he had never been”—just great). Talk about how this story came about, as well as the editing and length decisions you made.

SF: Yes, that story is much too expansive for flash, I think. Just the roaming around the city that they do is too much for a compressed story to hold and serve well. Originally I thought “Unlocking” would be a novel and I wrote about 50 pages of it. Then I realized (at that time) that I didn’t really know how to write a novel (although later I did write and publish an entirely different novel), so instead I started shaping those pages into more formal short stories. I did ultimately compress the story that I drafted, but it could only go so short.

It took me a long time to get a handle on it. I first drafted it in 1997. I always liked the characters though (especially Big Walt) and wanted to make it work. I fiddled and fiddled, and eventually came up with this rendition that clicked into place. I did rewrite the ending at the eleventh hour though—fifth round of copy edits and I had to politely ask Erin McKnight (publisher and editor at Queen’s Ferry Press, who is a saint) if she wouldn’t mind if I kind of rewrote the last paragraph…. completely. We worked it out. I like this ending now. 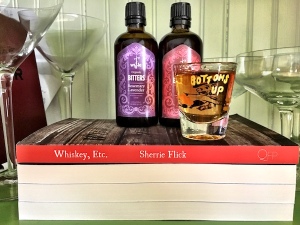 LMC: “I suck in all the sorrow I can find in the dream, because it comes at me like a storm, the sidewalks curling and the buildings leaning in under its weight.” Reading and rereading this line from “Forever,” I was trying to figure out how these stories roll out such devastation. They really are stories of the everyday: there are no momentous events, no screeching catastrophes. I don’t see the characters so much as relatable but that they and their sadnesses are just a hair away from our own lives. Talk a bit about forming the characters you use in this collection.

SF: Many of the characters in this collection rose up from me being very interested in rendering setting. An emotional resonance arose as I wrote the detail of the world, and then figured out who lived in that world. It isn’t how I always work, but I did with many of these stories. Setting first, then building character. I hope that the intensity of their inner lives works with the world they’re in to create the kind of response you’re describing above. They have rich inner lives, while they’re living in very real, detailed worlds. But not shocking worlds or surprising worlds. The surprise comes from within and in cooperation with the reader him or herself.

Sherrie Flick is a fiction writer, food writer, and freelance writer and copy editor living in Pittsburgh, Pennsylvania. Her book publications include the flash fiction chapbook I Call This Flirting, Reconsidering Happiness: A Novel, and the forthcoming short story collection Whiskey, Etc., out with Queen’s Ferry Press in March 2016. Her food writing appears in Ploughshares, Pittsburgh Quarterly, The Pittsburgh Post-Gazette, and NEXTPittsburgh as well as the anthology Fried Walleye and Cherry Pie: Midwestern Writers on Food.