Come to the inaugural reading of the Why There Are Words New Orleans branch  Wednesday, March 14 at 6 PM – 8 PM! Hear from the following featured local writers in one of New Orleans’s most beloved independent bookstores, Octavia Books. Books will be on sale and authors will be signing. $10 suggested donation at the door. Curated and emceed by Maggie Pahos. 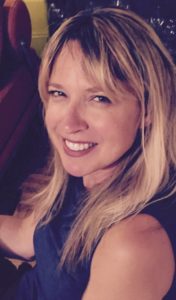 Anne Gisleson is the author of The Futilitarians (Little, Brown, 2017) which Sam Lipsyte has called “a beautiful book about things that matter– love, death, grief, anger, regret, renewal, the life of the mind, the life of the heart, and the life of the world around you.” Her writing has appeared in The Atlantic, The Los Angeles Times, The Oxford American, The Believer, and many other publications. Her essays have been featured in several anthologies such as Best American Non-Required Reading, Life in the Wake, and others. She co-edited and co-wrote How to Rebuild a City: Field Guide from a Work in Progress, about ground-up rebuilding efforts in New Orleans after Hurricane Katrina and wrote the accompanying essays for photographer Michel Varisco’s Shifting, a book about the beauty and degradation of Louisiana’s coastal wetlands. She teaches creative writing at the New Orleans Center for Creative Arts and is co-founder of the literary and visual arts non-profit Antenna. 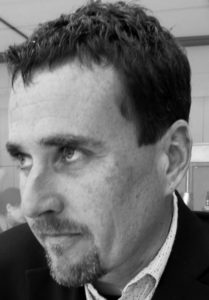 Zachary Lazar is the author of five books, including the novels Vengeance, Sway, and I Pity the Poor Immigrant, a New York Times Notable Book of 2014. His honors include a Guggenheim Fellowship, a Hodder Fellowship from Princeton University, and the 2015 John Updike Award from the American Academy of Arts and Letters for “a writer in mid-career whose work has demonstrated consistent excellence.” His journalism has appeared in the New York Times, NPR’s All Things Considered, the Los Angeles Times, and elsewhere. He lives in New Orleans and is on the creative writing faculty at Tulane University. 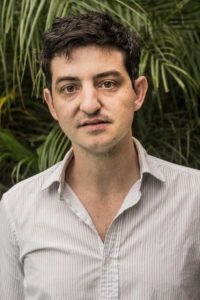 Nathaniel Rich’s third novel, King Zeno, has just been published (MCD/Farrar, Straus and Giroux, January 2018). He is the author of Odds Against Tomorrow (FSG, 2013) and The Mayor’s Tongue (Riverhead, 2008); a writer-at-large for The New York Times Magazine; and a regular contributor to The New York Review of Books and The Atlantic. His short stories has appeared in McSweeney’s, Vice, and the Virginia Quarterly Review, which awarded him the 2017 Emily Clark Balch Prize for Fiction. 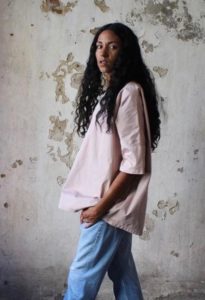 Kristina Kay Robinson is a writer and visual artist born and raised in New Orleans, Louisiana. Her written and visual work centers the intellectual geographies and spiritual technologies of Black, Afro-Indigenous, and diasporic peoples. It interrogates the modern and ancient connections between world communities and examines the impact of globalization, militarism, and surveillance on society. In particular focus: the human and political consequences of Hurricane Katrina and their place in the analysis of current world affairs. She is the co-editor of Mixed Company, a collection of short fiction and visual narratives by women of color. Her writing in various genres has appeared in the Xavier Review, Guernica, The Baffler, The Nation, and Elle.com among other outlets. 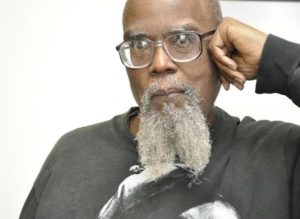 New Orleans editor, writer, filmmaker and teacher Kalamu ya Salaam is founder of the Neo-Griot Workshop (1995 – 2005), a Black writers workshop focusing on text, recordings, and videos; co-founder of Runagate Multimedia publishing company; leader of the WordBand, a poetry performance ensemble; and moderator of e-Drum, a listserv for Black writers and diverse supporters of their literature. He is also the digital video instructor and the co-director of Students at the Center (2000 – 2017), a writing-based program in the New Orleans public school system. His latest books are The Magic of Juju: A History of the Black Arts Movement (Third World Press, 2016) and he is editor of New Orleans Griot – The Tome Dent Reader (University of New Orleans Press, 2017). His latest spoken word CD is My Story, My Song. His latest movie is Baby Love (75-minute drama). 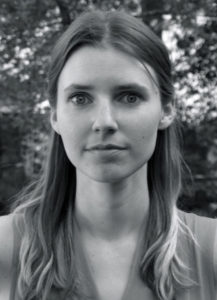 Katy Simpson Smith was born and raised in Jackson, Mississippi. She received a PhD in history from the University of North Carolina and an MFA from the Bennington Writing Seminars. She is the author of We Have Raised All of You: Motherhood in the South, 1750-1835, and the novels The Story of Land and Sea and Free Men. Her writing has also appeared in The Oxford American, Granta, Literary Hub, Garden & Gun, Catapult, and Lenny.

Why There Are Words – New Orleans (NO) is the newest branch of the Why There Are Words reading series founded in 2010 in Sausalito, and is a program of WTAW Press, a 501(c)3 nonprofit publisher of literary books. WTAW – NO will take place quarterly on second Wednesdays, beginning March 14, 2018 and is curated by the writer Maggie Pahos.